This is the second part of a two-part review of Trains, Buses, People – An Opinionated Review by Christof Spieler. While the first post focused on land-use influences transit success, this second post focuses on how internal factors after the quality of transit service. These posts are a more detailed extension of Mr. Spieler’s brief review of Honolulu’s existing transit system.

Transit connections in Honolulu have not been systematically planned. As a result, they cause frustration rather than give freedom.

A seamless fare structure creates smooth connections. Luckily, Honolulu currently has just one transit provider and has eliminated transfers in favor of an unlimited-use one-day pass.

Honolulu is also rolling out its new farecard called Holo, which will simplify payments for bus, para-transit, and eventually rail and bike-share. Holo will also enable fare capping.

However, it’s still unclear how much it’ll cost to ride the rail and what policies will govern bus-rail transfers.

Honolulu does an ok job of facilitating bus-to-bus transfers. However, there’s still no formal/public plan detailing how bus routes will be re-organized to better serve the rail stations.

I believe the quality of connections is dependent on the relative frequencies of departing and approaching lines. For example, transferring from an every 5-min train to an every 30-minute bus is excruciating. On the other hand, transferring from a 30-minute headway bus route to a 5-minute route is quite pleasant. I will explain “mashing” of headways (i.e., the analysis of average wait times of connecting between different frequency lines) in a later post.

Honolulu does not have well-built hubs.

“Ultimately, frequency is as much a reflection of philosophy as of raw number.”

Honolulu’s geography naturally leads to high-volume corridors. However, high-volume is not the same as high-frequency. Sometimes pulsed routes create bunched (or double headed) vehicle arrivals. Honolulu has several instances when multiple routes share the same corridor but are unintentionally scheduled to bunch. E.g.,

This is because route schedules are planned independently of each other, instead of as a corridor, or as part of a network. Honolulu’s current approach to scheduling fails to achieve a high-frequency network, which means longer wait times.

Honolulu can cheaply capitalize on exploiting its already high bus volume corridor by rebranding and coordinating route schedules to create a high-frequency corridor. But for now, people in Honolulu must “plan their life around transit” rather than “being able to depend on transit to be there when they need it.”

Traveling on TheBus is slow compared to other modes. I work in Downtown Honolulu, and prefer to bike to destinations up to 3 miles away rather than wait for transit (TheBus is still a good mode for longer trips and trip that experience significant grade changes). This isn’t because I don’t have good transit options; it’s because TheBus is slow. It gets stuck in traffic. It stops on every block. In an upcoming blog post, I’ll compare bus travel times to car travel times in Honolulu.

For me, choosing when to bike over taking transit is a decision based on travel time rather than preference. For short distance trips, nothing is faster or more convenient than biking not even driving. That said, TheBus could be much more competitive mode if it was faster and more frequent.

Honolulu has a long way to go to improve travel time. I believe delay busting improvements (link to FAST) are possible in Honolulu, though not always easy. Our singular transportation corridor means that taking one a lane for transit becomes much more contentious. To overcome this, transit planners need to frame improvements in terms of passenger delay. That’s why I created this speed map to identify corridors with the greatest potential for reducing passenger delays.

Honolulu has dismal on-time performance. Mr. Spieler suggests that it’s due to our rudimentary bus system. He’s right and I agree with his fixes.

The new rail line will improve on-time performance by itself by being reliable, and by making the bus more reliable. The rail itself will be more reliable, since as Mr. Spieler puts it “the ultimate in reliability comes with full-grade separation”. The rail will also improve the on-time performance of the bus by allowing buses to focus on neighborhood circulation and rail connections instead of trudging into Honolulu’s congested downtown.

Rail is not the end-all solution, however.

Another source of unreliability comes from the seasonality of runtimes. In Honolulu, transit schedules are fixed throughout the year.  This means that even if travel times are substantially longer in the winter and shorter in the summer, schedules don’t account for that known variability.

I’ll talk about Honolulu’s invariant scheduling practices in my upcoming blog post on the future of scheduling. I’ll also explain how real-time scheduling and other paradigm shifts will lower costs. And how in the future, big data and automation will achieve much greater precision in transit schedules. But this drive for precision will conflict with the need for day-to-day consistency.

Honolulu does a poor job of “provid[ing] enough capacity to meet demand.” Honolulu’s approach to transit capacity planning is reactive rather than proactive. To succeed, it must take a more systematic approach to match transit supply to transit demand. Most capacity changes are a result of complaints about overcrowding rather than through a systematic analysis of transit capacity (supply) and vehicle loads (demand).

When lack of capacity is identified, corrections are hacked together using extra trips. This results in costly additional one-way trips, and a convoluted headway.

If there’s no budget for additional trips, some routes are upgraded from a 40’ vehicle to a 60’ one. However, this upgrade is usually limited to a few select trips. Ideally, all other trips on the line would be upgraded as well so as to maximize utilization of a single vehicle.

TheBus is not a very legible system. Wayfinding infrastructure and customer information systems are certainly lacking. There isn’t a consistent brand or hierarchy of service.

“TheBus” as a brand might be “boring”, but it is recognizable. I personally think it’s better than Metro.

Honolulu needs to greatly improve its signage. TheBus signage should:

The opening of the rail system is fast-approaching, and having a comprehensive signage system will be crucial to the success of both the rail and bus systems.

Honolulu’s been blessed with a singular high-density urban corridor, which contributes to it’s high per capita ridership. However, poor transit quality of service stifles even higher transit ridership. To reach its full transit potential, Honolulu should refocus its service on frequency rather than one-seat rides.

In his book Trains, Buses, People – An Opinionated Review, Mr. Spieler provides a brief, but insightful review of Honolulu’s transit success. He highlights our geographical advantage that creates a dense/linear corridor, that is perfect for transit. But he considers Honolulu a “basic” bus system. He mentions the current controversy over the rail cost overruns and schedule delays, and it’s lack of connections to Waikiki and University of Hawaii at Manoa (UHM). In the end, Mr. Spieler provides hope that Honolulu can live up to its transit potential.

Overall, I was expecting a more detailed and critical analysis of our current and future transit system. Instead, I got a brief one-page write-up and a few maps. To be fair, Mr. Spieler did have to review 46 other cities, and Honolulu is a relatively small, somewhat insignificant, outlier of a city.

Still, I think Honolulu deserves a more thorough analysis. To fill this gap, I’ll extend Mr. Spieler’s review of Honolulu’s transit system using the “Basics of Successful Transit” described in his book. I divided this analysis into two parts: PART 1: The Land Use-Transit Nexus, and PART 2: Transit Quality of Service.

END_OF_DOCUMENT_TOKEN_TO_BE_REPLACED 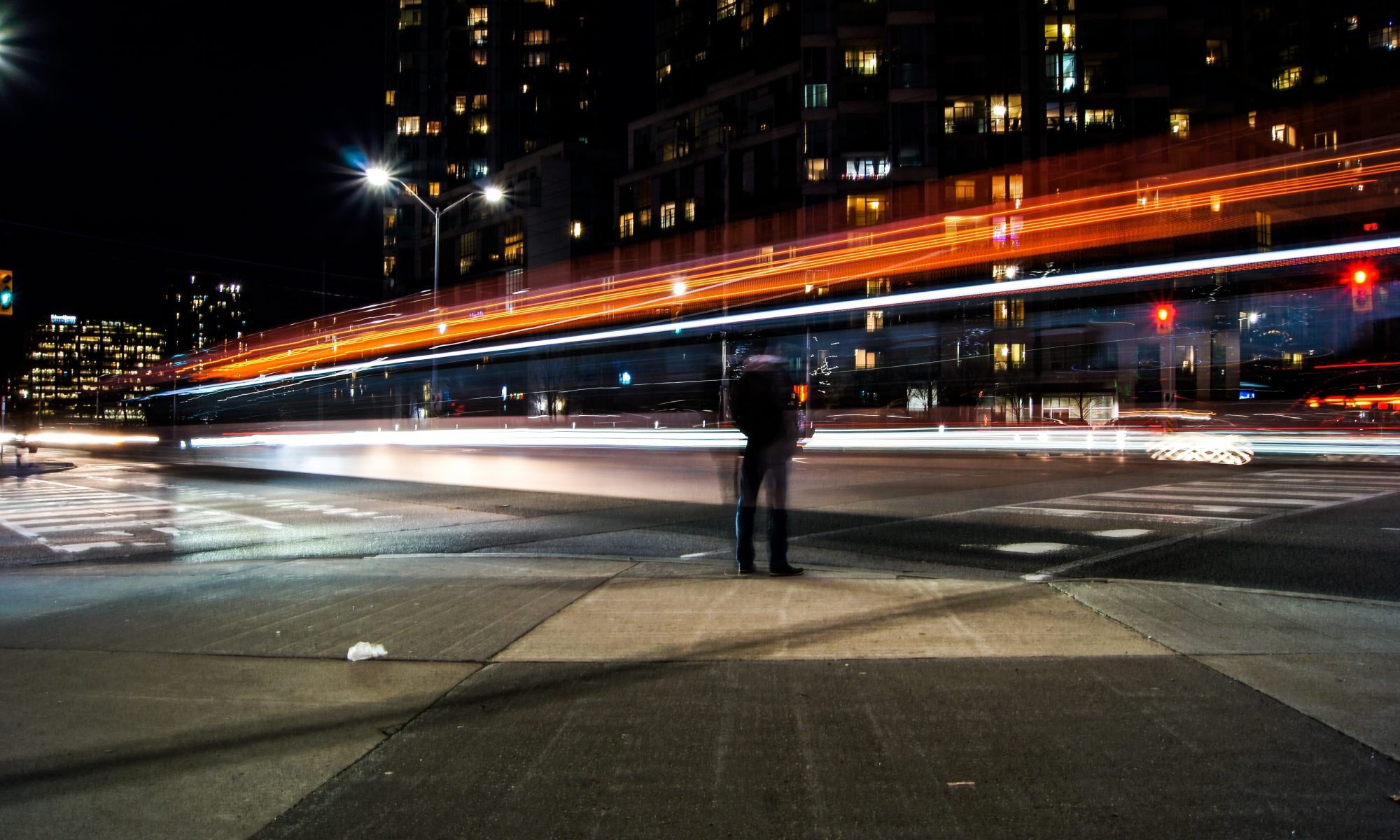 The “Frequency is Freedom” gospel promoted by Jarrett Walker has quickly spread through the entire public transit industry. His gospel preaches the importance of providing frequent service as a means of “liberating” passengers. Hallelujah.

Frequent transit service reduces wait time, makes transferring easier, and hides reliability problems. More so, the frequency narrative competes with the popular notion that cars are the only mode of freedom. Preaching freedom is much more effective than selling transit on the merits of efficiency, or equity.

I believe in the “Frequency is Freedom” notion, but frequency alone does not make a great transit system. Frequency needs to be accompanied by speed. Speed is the catalyst for achieving frequency.